Valérie is a award winning and internationally recognized urban fine art photographer based in Bordeaux, France. She is a master in observing and capturing finely balanced compositions of life happening in the urban environment. In our making of interview Valérie shares her insights, how developing patience can help getting more satisfying results when making photographs in public.

Actually, the reason why I shoot in the street is the consequence of several factors: first, the vital need to be and walk outside; secondly, a fascination since adulthood, for growing cities; then because the streets are the best observatories, from my point of view, of human behaviors and attempts for adaptations to our modern world; finally, because it is where I find all the raw material (light, architecture, passers-by …) to build my images.

I took this image outside the Guggenheim Museum in Bilbao and it was my first time there.

The light was fantastic and the architecture was perfect for playing, as I like it, with light and shadows… while inserting characters who will allow me to build a kind of theatrical scene, stirring the imagination a little.

Was it one spontaneous capture or did you make several exposures?

I had arrived a minute before and had been drawn to the man in the shade whose attitude -the face looking up to something that was invisible to me- had intrigued me.

Then, immediately after, came the other man with the white plastic bag, who was also interesting because of the contrast his bag was making with the line of shade.

The employee with the pipe emerged behind me less than one minute after the beginning of the whole scene. So, it all happened very quickly. I didn’t have time to adjust the focus and speed, but I was lucky to be able, as the man moved in the same frame as the first two, to take several shots.

I stayed a little longer after to try other frames (like the vertical ones). In total, I spent 4mn at this spot.

As explained above, the selected scene was unexpected and I was so happy that it happened! It’s the part of luck of street photography. The most important for me in these moments, is to find the right frame to bring out mystery. I would have lost it by turning my body to the right, thus integrating a more confusing environment (a view towards a river). On this image, the clear lines and tones of the walls helps to focus on the man. I also like the fact that his uniform echoes to the colors of the background.

Only basic ‘darkroom’ and luminance adjustments, as I shoot in raw, in order to strengthen the contrasts. There is no crop on any of these pictures.

I like this sequence because it shows the potential of a single scene. The time between the image of the first silhouette and that of the man with the white plastic bag, was only 15 seconds. The time between this second one and that of the employee pulling the pipe, only 45 seconds. And the last one in the sequence, came only 3 minutes later. So in total, I have spent a little more than 4 minutes at this location and obtained, from my point of view, 3 correct images. It reminds me that rather than running in all directions, it is better, sometimes, to linger in the same place, take time to adjust the settings, and look for everything that can be drawn from it.

Thank You for the Interview Valérie! 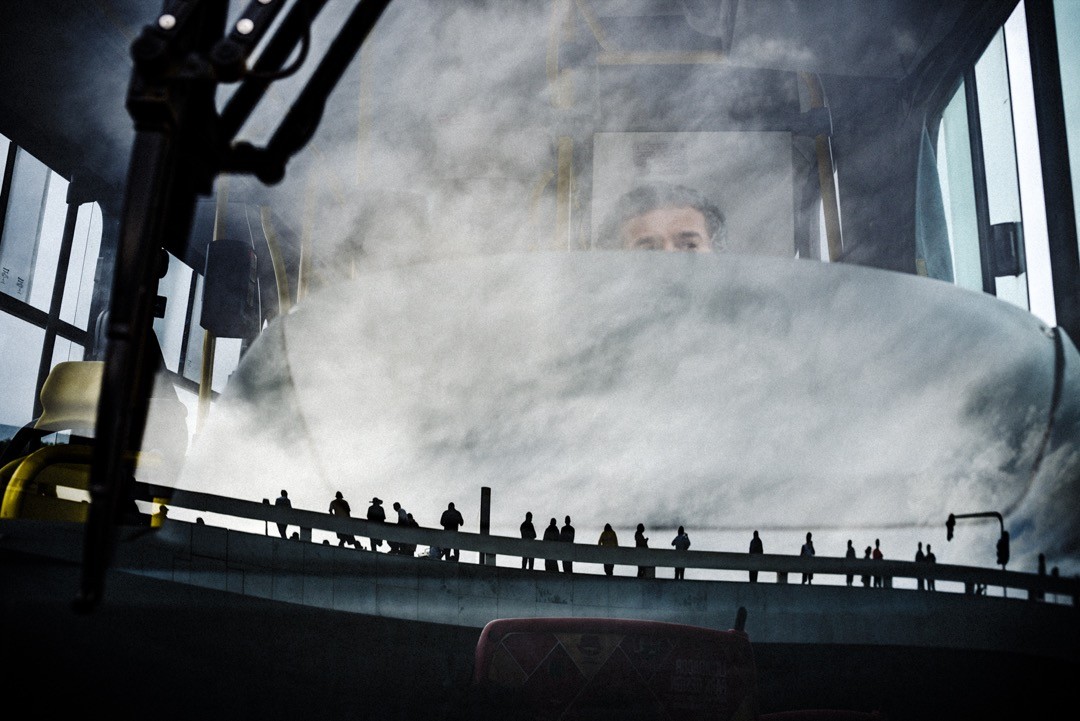 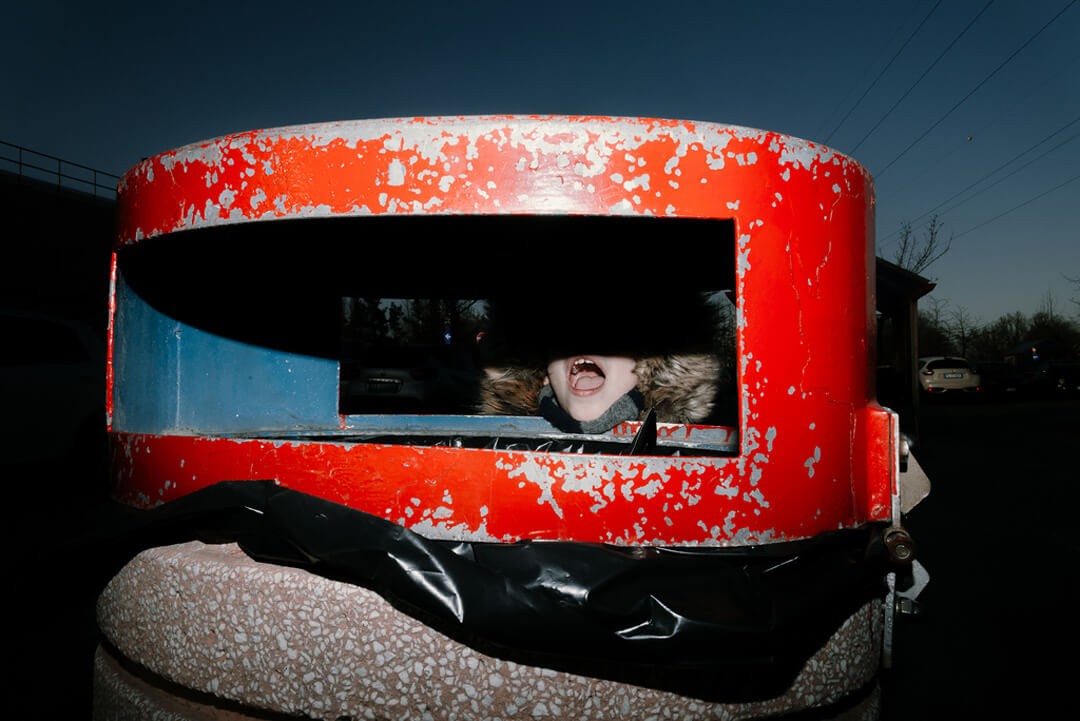 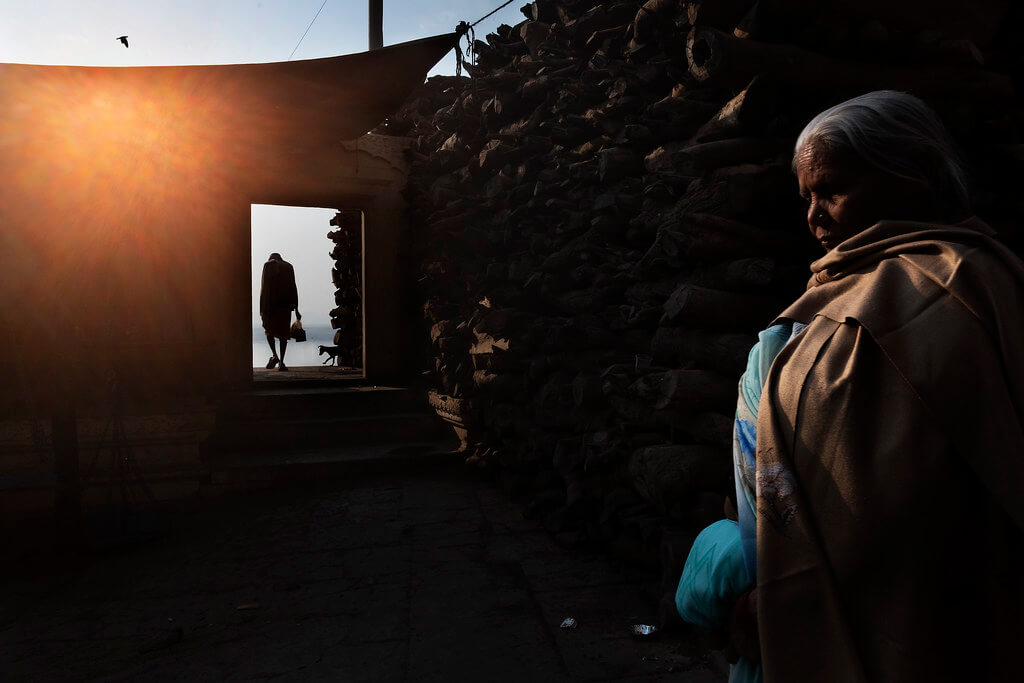